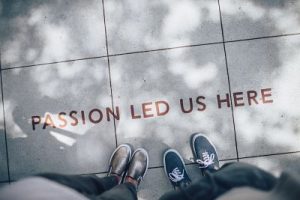 Lions Club Internation (LCI) has initiated a Diabetes Program with the goal of reducing the prevalence of diabetes and improve the quality of life for those diagnosed.  The districts and clubs within LCI have been empowered to start their own specific project.  District 20R1 in NY, lead by Ellen Purcigliotti has asked Bob Collins and John Wienecke to take up this initiative given their passion and direct experience with diet. While this website is initiated by the District 20R1, this site and support programs are for any Lions Club and the community that they serve regardless of the district.

John joined the Somers Lions Club in the spring of 2016.  Later that year he became the Technology Director and received a couple of awards including in 2018 the Robert J. Uplinger Distinguished Service Award.  He is now the technology director for the Somers Lions Club and District 20R1 along with being the Co-Chair of the District 20R1 Diabetes Awareness & Action Service Committee with Bob Collins.

John has been focused on alternative health for many years yet in 2016 his blood counts and weight was treading down and the doctors wanted to put him on Statin drugs to lower cholesterol ( 367) and at the same time is triglycerides  (244) were very high. Finally on his birthday in June of 2017, his son gave him a Ketogenic Cook Book.  After researching what was a ketogenic diet and seeing how diet could positively impact all the illness associated with metabolic syndrome; including diabetes, cancer and Alzheimer’s, he started the Ketogenic diet.  He discovered that based on taking his own fasting blood test he was at the very beginning of PreDiabetes. Six months later after his annual physical John lost 16 pounds, his cholesterol came done by 94 points, his triglycerides came down 109 points and he was no longer prediabetic.  John is very technical in nature and has done extensive blood testing and diet experiments to understand the impact of eating various foods on his insulin levels. 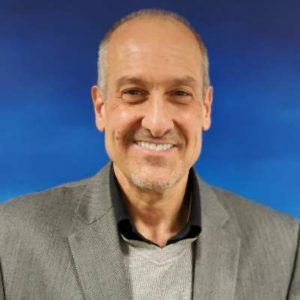 Bob became a member of the Bedford Hills Lions Club in the winter of 2004. He became President of his Club in 2015, previously serving as Vice-President, Zone Chairman and part of the District Public Relations Team. He has been a presenter on various topics at conventions and training sessions. Bob has been recognized for his Lions achievements and received several official conferrals such as progressive Robert Uplinger Distinguished Service Awards, Past District Governor Leadership Award and International President’s Certificate of Appreciation for example. He currently serves as President of his Club, District Zone Chair and Co-Chair of the District 20R1 Diabetes Awareness & Action Service Committee with John Wienecke.

Throughout the years Bob has been interested in health and weight management. Like many of us though he has gone through peaks and valleys of both issues. He has been diagnosed with chronic Lyme Disease and is a cancer survivor from a 911 related illness. Over the winter of 2017 he saw his weight peak to 240lbs, his doctor had him on blood pressure and acid reflux prescription medication. He had symptoms of prediabetes and metabolic syndrome while his doctor also suggested to “lose weight” and even go on a statin medication to help control his cholesterol and triglyceride levels. Then during that same 2017 winter, Bob was reading a book. He saw the same recurring theme utilized by many captains of industry and world leaders in that book, a ketogenic lifestyle, that has enabled these world leaders to lead healthier lives. 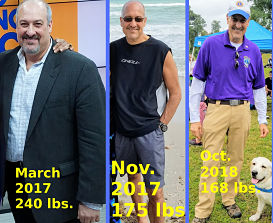 Curious about the ketogenic lifestyle he began to research it. As a result of his research, he began to understand that he was likely “insulin resistant.” He implemented not only a ketogenic lifestyle but also the practice of eating on a “time schedule” otherwise known as “intermittent fasting.” Eight months later Bob had lost 65 pounds, was feeling the healthiest he had ever been, was off his blood pressure & acid reflux medication. His symptoms of prediabetes and metabolic syndrome had all but disappeared while his blood markers vastly improved. To date Bob has lost almost 75 pounds – more importantly, he achieved his goal of regaining his health from the inside first.

Aside from Lions, Bob spent 25 years both in Federal & Local Law Enforcement ultimately retiring with a distinguished career receiving many commendations. He has both a Masters of Science & Bachelor of Arts degree in Criminal Justice from Iona College. Bob now works in the private security field for a Fortune 50 company. He has three children with his partner in service Sylvia.